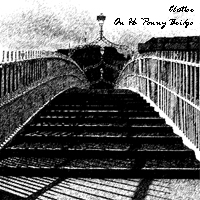 Another album of twisted ambient melodies, field recordings and electro-acoustic compositions pulled together in Clutter's idiosyncratic trademark style. A journey from death, loss and grief to acceptance, love and joy - dedicated to Hazel and Janice.

Clutter works with a mixture of found sounds/field recordings and traditional instruments to produce highly textured soundscapes which drift in and out of focus. Sometimes they float beautifully near dub and dance other times they rattle your head. At all times clutter produces works of excellence.

Clutter is the brainchild of audio/visual artist shaun blezard who has produced music for film, theatre, dance and art installations.

For more information about, and bonus audio/video from Manassas or Clutter go to cluttermusic - the home of Clutter or Earth Monkey Productions
Clutter @ Myspace

And remember there is always room for more clutter

Reviewer: gagjewell - favoritefavoritefavoritefavoritefavorite - August 26, 2009
Subject: Interpreting Dreams
Clambering around on Ha'Penny Bridge, cluttering around creating groovy clanging rhythms until night falls and the bridge starts to glow with blurred reflected night lights. Slowly mysterious shapes start to appear in the river as the early hours of morning arrive - as daylight approaches fear and the unknown retreat leaving space for calm droplets of dew to flicker from the frame of the bridge into the river and another day begins.
An interpretation of the title track - and that is the beauty of this new release from Clutter - every track, as it relays into the next, enables the listener to imagine their own scenario.
In 'After the smog has cleared' a slowed down toy box tune mournfully marches through an English village swamp towards a church bell beckoning it on. The tension builds almost unbearably as the tune gets lost in the haze and weight of it's own terrible memories of war.
During the opener 'Every silver lining has a cloud' a submarine is visited by an ice cream van during a rain storm, conversations are half heard at the beach and seagulls loop around while motorbike engines are deconstructed.

This album feels like a long lost dream interspersed with half remembered timeless memories. You don't just listen, you become immersed and enriched.
Oh the joy, and terror of an everlasting summer holiday!